Mr. Virmani was President and Chief Executive Officer from 1990 to 2000. CTI/Fastair acquired Cottrell in 1995 and the air cargo division of TNT Worldwide in 1996. By 1999, CTI and Fastair had grown to one of the largest freight forwarders in Canada, with both companies employing over 400 team members, combined revenues of approximately $100 million. CTI/Fastair were acquired in January of 2000 by Eagle Global Logistics where Mr. Virmani continued to serve as President from 2000 to 2001.

In August 2001, Mr. Virmani, formed Canada 3000 Cargo Inc, a joint venture with Canada 3000 Airlines . In 2002, Mr. Virmani acquired 100% Canada 3000 Cargo Inc. and rebranded the new company as Cargojet Canada Ltd. In 2005, Cargojet was converted to a public company. Mr. Virmani has served as the President and Chief Executive Officer of Cargojet since its inception, and has been responsible for the general business direction of the Company. Mr. Virmani earned a Masters of Business Administration from City University of New York in 1985 and was honoured with a Doctor of Laws degree by Assumption University Windsor Ontario. 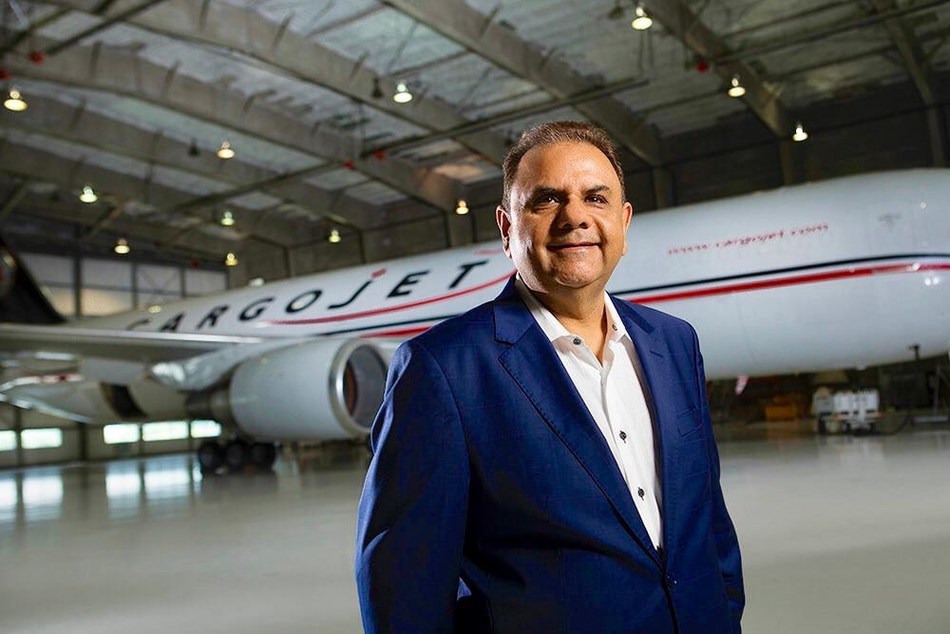